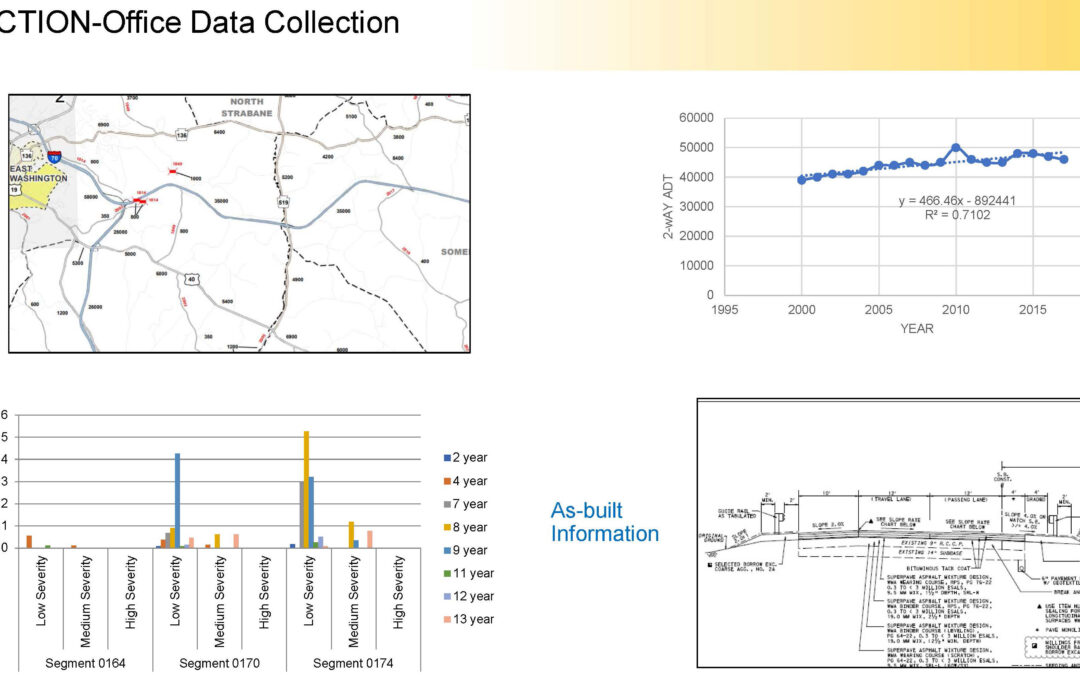 QES Research and Development of the Paving Industry

For all the time we’ve used pavement in the US, there is a surprising amount scientists and engineers can still learn: about structure, about the way certain kinds of distress form, and about the accuracy predictive models. Our research team at QES is working on closing those gaps of knowledge industry wide. In this ongoing blog series, we’ll be exploring the research QES is undertaking to push the pavement industry forward.

On the weekend of September 27, QES engineer Luis Ramirez presented a paper written together with QES engineer Dennis Morian, at the International Conference on Concrete Pavements. Titled “Evaluation of Pavement ME Locally Calibrated Distress Models for Jointed Plain Concrete Pavements in Pennsylvania,” this project is a part of PennDOT’s efforts to implement a new pavement design standard and test its applicability to the state.

“Pavements have been designed using different methods since the 1960s,” Ramirez says, “In the past ten to fifteen years, the engineering community has been designing new methods that are mechanistic in order to predict pavement responses.” This pavement modeling application, Pavement ME, typically uses a “global” set of input values that are calibrated for general use across the U.S., but different locations in the country have different temperatures, weather, and traffic, so the pavement responds differently and PennDOT has created a more localized set of input values.

This paper helped to test the efficacy of PennDOT’s local calibration using sections of pavement with features, materials, and distresses that were not highly represented in the original calibration effort.

Based on these comparisons, the paper found that, in general, the local calibration was just as good at predicting distress as the national design standard, however, the local calibration was better at predicting joint faulting. This finding was emphasized by another. The Pavement ME design standard underpredicted fatigue, but overpredicted faulting in the samples measured.

The conclusions Ramirez and Morian found offer a few lessons. First, the local calibration has worked. It is not a worse predictor than the national standard, and in some cases, it’s better. Second, the Pavement ME model is not perfect, certain pavement properties must be selected for carefully.

Compared to the 1993 AASHTO standard, “This model has more inputs. It is complex,” says Ramirez, “Anything we learn about Pavement ME is important and helps create a standard tool for pavement designs.” He continues, “An engineer having access to this information is important, to understand the limitations. If you’re running a design, and you’re at the threshold of the design limits, you know the model overpredicts faulting,” and you can account for that, creating more effective pavements.

As research like this continues our knowledge of how theoretical designs interact with the real world will continue to get even better, and in the meantime, we can still rest assured knowing PennDOT’s new concrete pavement designs are up to the task.