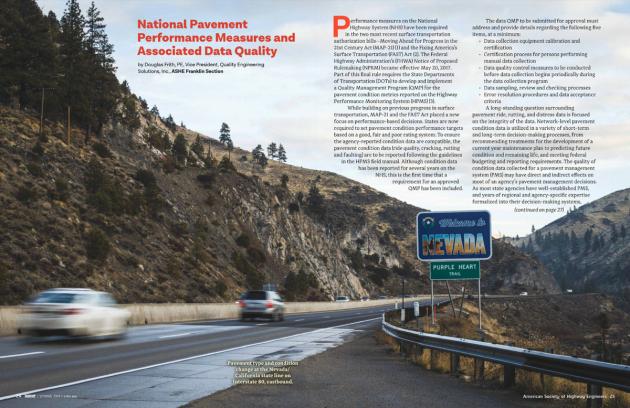 This article, written by Doug Frith, Vice President of QES, outlines our recommended approach to dealing with variations in data when designing a pavement management plan.

Performance measures on the National Highway System (NHS) have been required in the two most recent surface transportation authorization bills—Moving Ahead for Progress in the 21st Century Act (MAP-21) and the Fixing America’s Surface Transportation (FAST) Act. The Federal Highway Administration’s (FHWA) Notice of Proposed Rulemaking (NPRM) became effective May 20, 2017. Part of this final rule requires the State Departments of Transportation (DOTs) to develop and implement a Quality Management Program (QMP) for the pavement condition metrics reported on the Highway Performance Monitoring System (HPMS).

While building on previous progress in surface transportation, MAP-21 and the FAST Act placed a new focus on performance-based decisions. States are now required to set pavement condition performance targets based on a good, fair, and poor rating system. To ensure the agency-reported condition data are compatible, the pavement condition data (ride quality, cracking, rutting, and faulting) are to be reported following the guidelines in the HPMS field manual. Although condition data has been reported for several years on the NHS, this is the first time that a requirement for an approved QMP has been included.